Squirrelfishes and soldierfishes are members of the Holocentridae family. They are found in the tropical parts of the Atlantic, Indian and Pacific oceans, as well as the Gulf of Mexico and the Caribbean. They inhabit shallow coral and rocky reefs, seagrass beds, and trawling grounds, from the shoreline to over 100 meters. The squirrelfishes are recognized by their large eyes, spiny-edged operculum, single spine in pelvic fin, forked caudal fin, large and very rough ctenoid scales.

Squirrelfishes feed mainly on large zooplankton, benthic invertebrates and small fishes. They are entirely nocturnal. They are usually cryptic during the day in crevices or beneath ledges of reefs, along with cardinal fishes, bigeyes and sweepers. Their spines are venomous and can inflict painful wound. 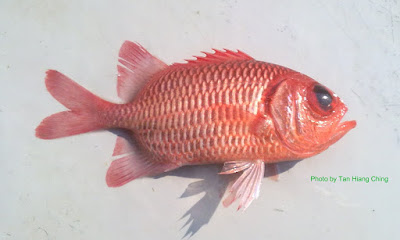 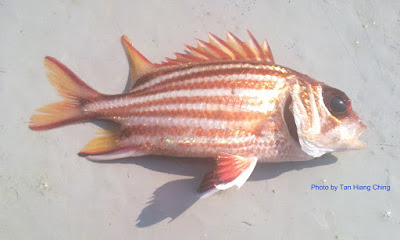