The family has only one genus (Hapalogenys) with about 7 species worldwide. Two species of Hapalogenys are found in Malaysian water. Both are known to inhabit the coastal inshore waters near reefs. They feed on bottom invertebrates and small fishes. They are uncommon but sometimes can be caught by handline and fish trap. 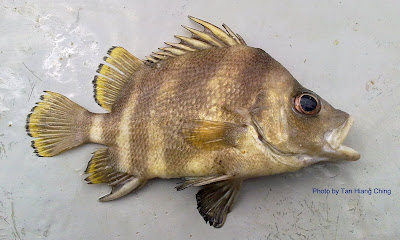