Conger eels and garden eels are members of the Congridae family. They have moderately elongate to extremely elongate scaleless body with a complete lateral line. A few species can reach 2 to 3 m in total length, but most are much smaller. Their eyes are well developed and sometimes very large. Their mouth barely reaches rear margin of eye. They have crescentic slit gill, just in front of pectoral fins. Their dorsal fin begins over or slightly behind pectoral fins, before pectoral-fin tips.

Congrids are found in tropical to temperate seas worldwide. They occur primarily on sand or mud bottoms from the coastline to depths of 2 000 m or more. Many burrow during the day and actively forage at night. Most are bottom dwellers that feed on a variety of fishes and invertebrates. Garden eels (subfamily Heterocongrinae) live in coral sand burrows and project the front portion of the body to feed on zooplankton.

There are 30 genera with about 195 species worldwide. 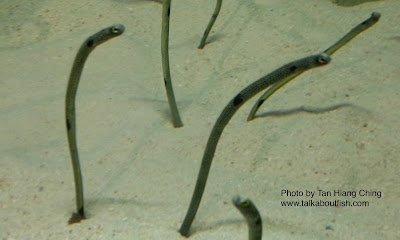 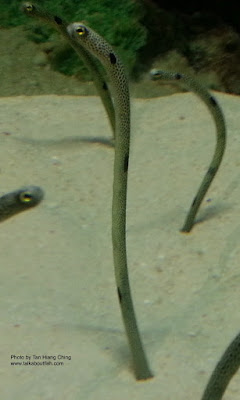