Moorish Idol is the only species in the Zanclidae family. They are widely distributed in Indo-Pacific and Eastern Pacific waters. They have a strongly compressed body that almost resembles the butterflyfishes. They have tubular snout with a small mouth containing numerous elongate bristle-like teeth. Their dorsal spines are elongated into a whip-like filament. They also have similarity with surgeonfishes where their larvae live for a long time in the open sea. They are found in turbid inner lagoons, reef flats, and clear seaward rocky and coral reefs. They mainly feed on sponges and benthic invertebrates. 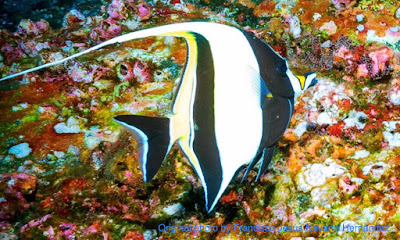 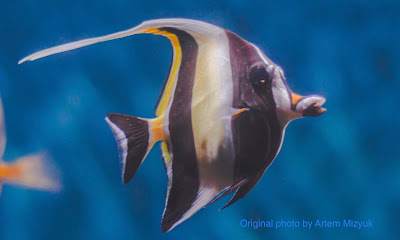