Ruby Snapper (Etelis carbunculus) are found throughout the Indian and Pacific Oceans, from both continental shelf and slope waters in depths from 90 m to at least 400 m. They are slow growing, deep-water bottom fish found on top or around rocky bottom, usually in large aggregation. They can reach at least 120 cm and 25 kg. They are ranked among the best tasting saltwater fish.

Ruby Snapper are moderately elongate fish with shallowly forked caudal fin. They are red above and pinkish to white below. The margins of the dorsal and caudal fins are red while the tip of the lower lobe of the caudal fin is white. The outer margin of their operculum is pointed. 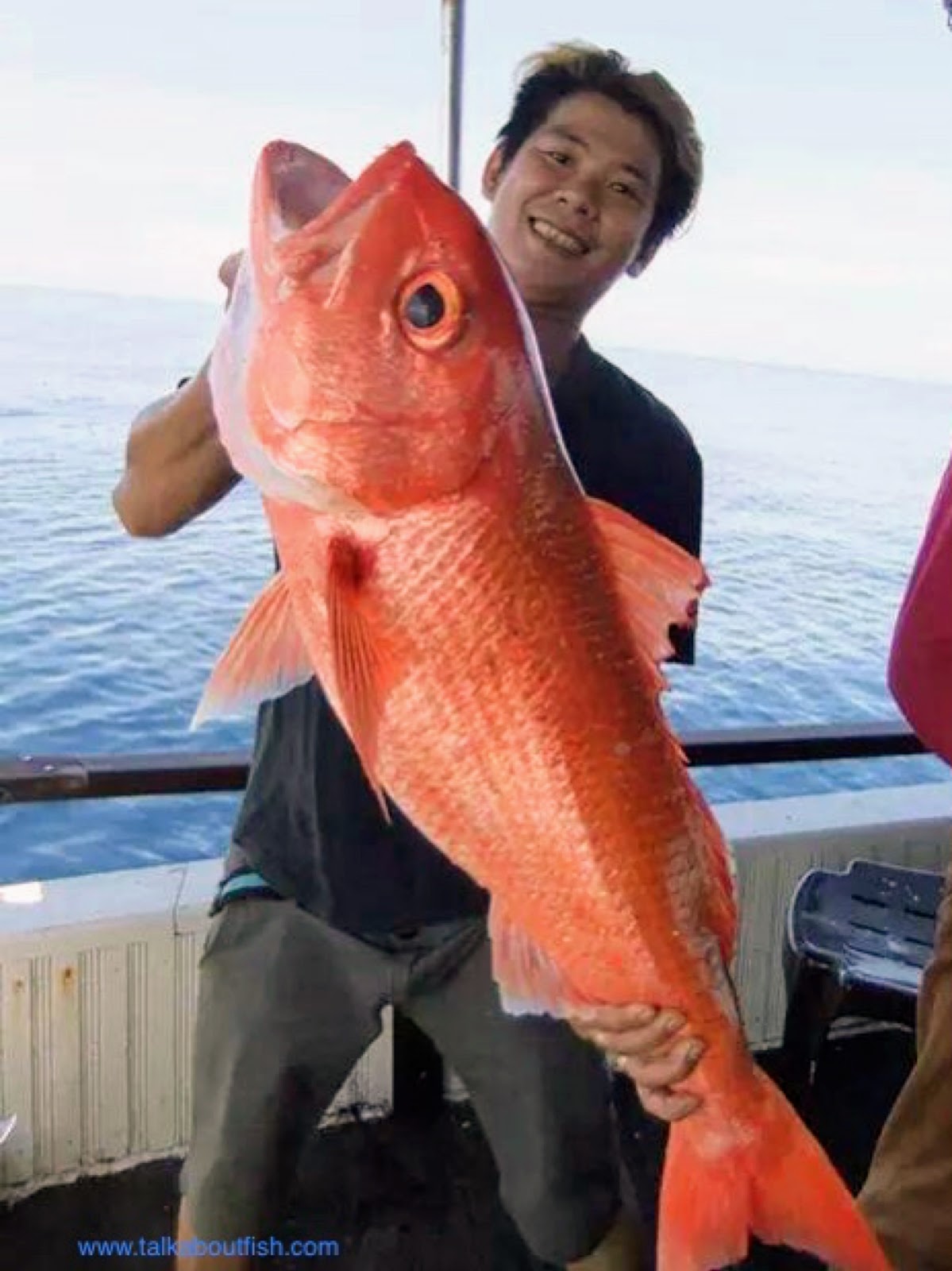 
Their family member, Deepwater Longtail Red Snapper (Etelis coruscans), differ in having their outer margin of operculum rounded instead of pointed and the caudal fin deeply forked instead of shallowly forked. Pygmy Ruby Snapper (Etelis marshi), a smaller species reaching maximum 62 cm and 5 kg, lack the black marking on the top of their caudal fin and a much sharper spine on the operculum.

They primarily feed on fishes and larger invertebrates such as squid, shrimp and crab. They also take planktonic organisms, including pelagic urochordates. They strike their prey aggressively but when hooked, they will often make a quick run for shelter.