Milkfish is the common name for the Chanidae family. It has an elongated, moderately compressed, smooth, streamlined, and silvery coloured body. The caudal fin of a milkfish is large and deeply forked. Its eyes are covered with adipose tissue. Its mouth is small, terminal, and without teeth. It also lacks a bony gular plate between arms of lower jaw like the tenpounders.

Milkfish is found in the Indian and tropical Pacific oceans in area where water temperature is above 20 degree Celsius. There is only one genus and one species worldwide. It is mainly marine but can also live in brackish and fresh water. It normally occurs in small to large school, and feeds on small crustaceans, zooplankton, and juvenile fishes. 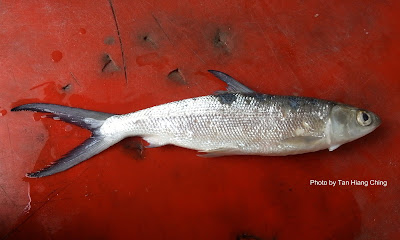 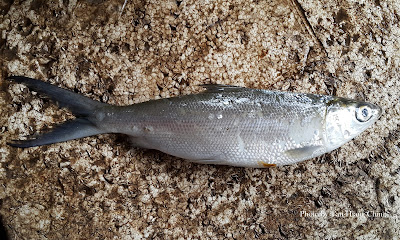