The black pomfret shown here is one of the Caranginae subfamily members. 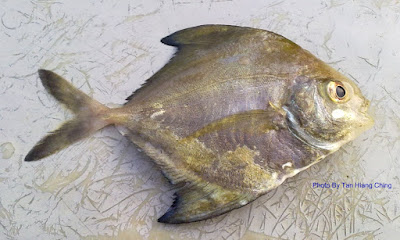