Hawkfishes are the members of the Cirrhitidae family. They are found in the tropical western and eastern Atlantic, Indian and Pacific oceans. They are recognized by their cirri, or hairs on the tips of their dorsal fins, and also behind their nostrils. Their lower pectoral-fin rays thickened and unbranched. Most hawkfishes are small; maximum length about 55 cm. Most are colorful and covered with spots, stripes, and blotches. Some of them are of value as aquarium fishes.

Hawkfishes are bottom-dwelling fishes of coral reefs or rocks. Majority of them are found in shallow water. They often use their thickened lower pectoral-fin rays to wedge themselves in position in areas subject to surge, lying motionless, waiting for unsuspecting prey to cross their paths. They mainly feed on small crustaceans and fishes.

The family consists of 10 genera and 38 species, 33 of which occur in the Indo-Pacific region and 22 species are found in the Western Central Pacific. 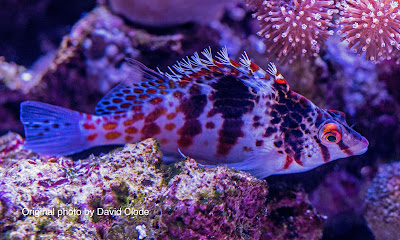 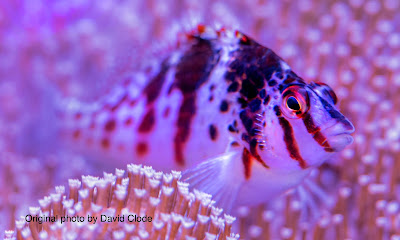