Arowanas or bonytongues are the members of the Osteoglossidae family. They are found in South America and Southeast Asia, Australia and New Guinea. They have an elongated and slender body with large scales. Arowanas are easily distinguished from Arapaimas Arapaimidae by having barbels at the symphasis of the lower jaw and a huge mouth with a markedly oblique gape.

In the wild Arowanas are found in quiet water. Adults are mostly carnivorous and feed on other species of fish and large insects, while juveniles feed on small insects. 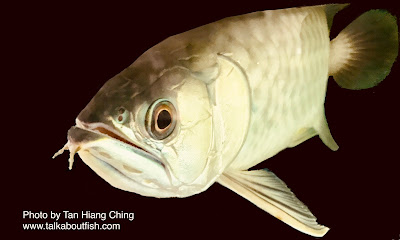 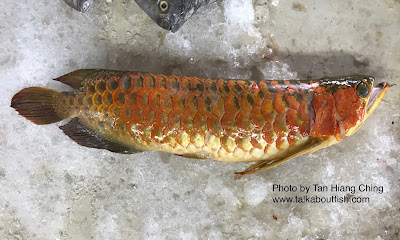