Sea chubs are members of the Kyphosidae family. They are found in the Atlantic, Indian, and Pacific oceans. Most of them inhabit shallow seas near to shore. Members of the family have moderately deep oval body, short head, blunt terminal mouth and small rough scales. They have a continuous long-based dorsal fin with 9-16 spines and 11-28 soft rays, a concave to forked tail, and pelvic fins arising behind the pectoral-fin base.

There are 14 genera and about 55 species of Kyphosidae worldwide. Malaysia has only one genus and about 3 species. 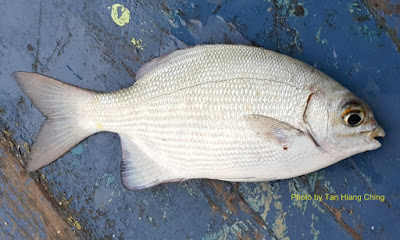