The golden snapper (Lutjanus johnii) are highly prized sport and food fish, widespread in the Indo-West Pacific water. They can be recognized by their round black spot on their back (gradually becoming absent in large adults) and reddish brown spot on each of their scales. These spots on the scales created the appearance of a series of horizontal lines on the side of their body. They are sometimes confused with a smaller species, Lutjanus russelli which also had a black spot behind their back but without the spot on their scale. 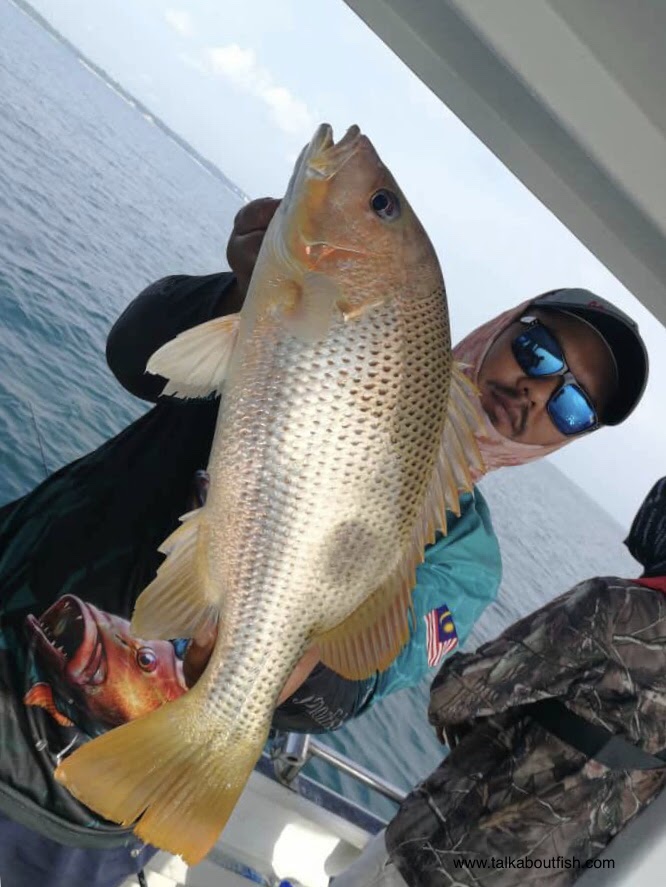 
Golden snapper can reach a maximum total length of 97 cm and weigh up to 10.5 kg. They are mainly caught with squids, shrimps and fishes at night. They often bite swiftly and run with their food before swallowing it making them difficult to catch.

They can be found from the coastline to depths of about 80 meters. They are more abundant over deep reefs than over shallow reefs. However, each year, they will move from deep water to relatively shallow waters of the coastline to spawn. Large female golden snapper are capable of producing millions of eggs. Once hatched, the larvae enter the near shore environment to settle near bottom structures. As the larvae grow into juveniles they move to mangrove estuaries where they remain there until maturity. They mature at about 3 years of age when they reach around 40 cm. After reaching maturity they will move to deeper waters. They grow slowly after maturity and can live for over 28 years. 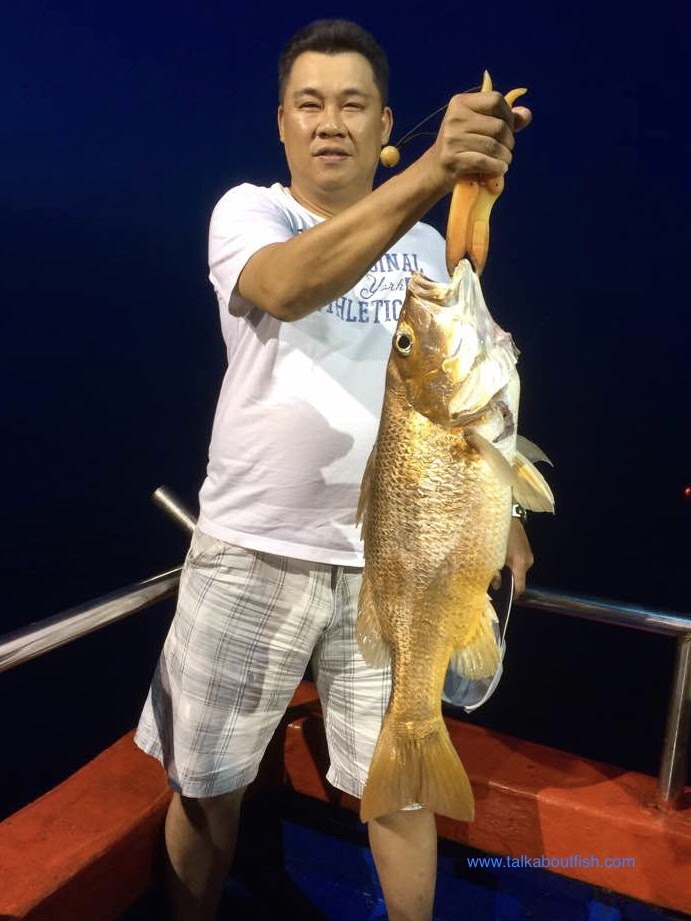