Asian Leaffishes from the Nandidae family are distributed in Southern Asia and Western Africa. They are recognized by having a compressed and deep body, large head, small protrusible mouth, and an interrupted lateral line.

The Nandidae members are mainly found in freshwater streams, lakes, swamps and ponds. They feed on dipteran larvae, insects and invertebrates.

There are 3 genera with 9 species worldwide. The genus Pristolepis is also placed in Pristolepidae family and the genus Badis in Badidae family. Malaysia has 2 species. 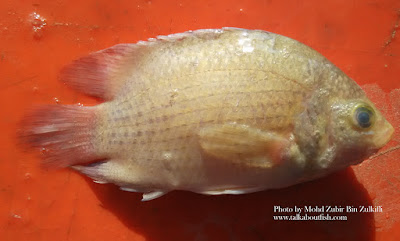