Tripodfishes or triplespines are members of the Triacanthidae family. They are distributed in the Indo-Pacific region. They inhabit shallow waters, occurring usually on flat, sandy or weed-covered bottoms. The tripodfishes are recognized by their 5 visible dorsal spines, one rudimentary dorsal spine and only a large spine (no visible rays) as the pelvic fins. They have a deeply forked caudal fin that separate them from the spikefishes (Triacanthodidae).

Tripodfishes feed on a wide variety of benthic invertebrates. 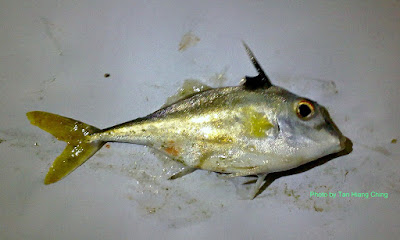 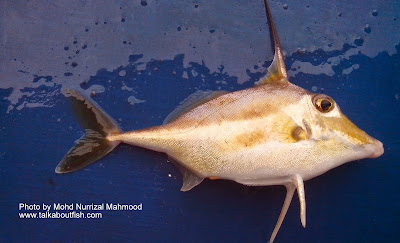