The fishes belonging to family Sparidae, commonly known as porgies and seabreams, are widely distributed in tropical to temperate Atlantic, Indian and Pacific Oceans. They have a scaly cheek before preopercle. Their upper jaw never reach backward beyond a vertical line through middle of eye and their maxilla, overlap by their hind tip of premaxilla are hidden by a sheath formed by 2 circumorbital bones when mouth is closed. They have a single dorsal fin usually with 10 to 13 spines and 10 to 15 soft rays. They have three spines in anal fin with 8 to 14 soft rays. Their pelvic fins have an axillary scale at their base.

Sparids are small to medium-sized demersal fishes, found from shallow coastal waters to relatively deeper waters with a few species also occur in brackish habitats. Most are carnivorous, feeding on benthic invertebrates inhabitants. Juveniles sometimes form schools, while the adults are mostly solitary in deeper waters.

There are 38 genera with more than 130 species worldwide. They are highly variable in shapes, colours and markings. Malaysia has 5 genera with at least 9 species. 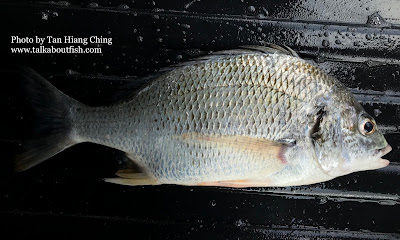 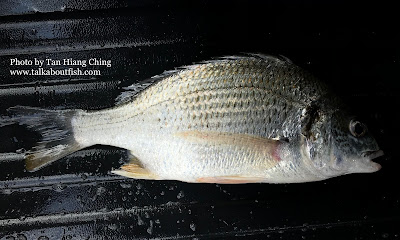 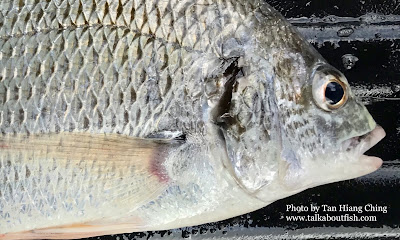