Nemipterids are carnivorous bottom-living fishes feeding mainly on other small fishes, cephalopods, crustaceans, and polychaetes. They can be solitary or schooling and do not appear to be territorial.

Dwarf Monocle Breams or Parascolopsis are distinguished from other nemipterids by not having canine teeth in jaws, spine weak or absent suborbital spines, second anal-fin spine usually longer than third spine, and body depth 2.5 to 3 times in standard length. They occur on mud or sand bottoms mainly in offshore shelf waters in depths to about 400 m. There are approximately 6 species of Parascolopsis found in Malaysia. 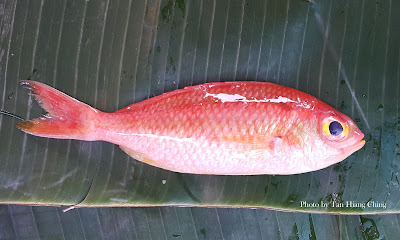 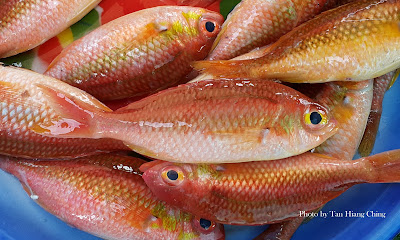