Surgeonfishes are marine fishes usually found around coral reefs or over rocky substrate, generally at depths less than 100 m. They sometimes feed as solitary individuals, but they also often travel and feed in schools. Most surgeonfishes species graze on benthic algae and seagrass, while some species mainly feed on zooplankton or detritus. Surgeonfishes are able to slash other fishes with their sharp caudal spines by a rapid side sweep of the tail. They are pelagic spawners.

The family Acanthuridae is divided into 3 subfamilies with different caudal spine characteristic. The Acanthurinae subfamily has a single folding spine on each side of caudal peduncle. The Prionurinae subfamily has 3 to 10 fixed bony peduncular plates, becoming keeled with age. And finally the Nasinae has 1 or 2 fixed peduncular plates, also keeled with age. There are 6 genera and 85 species worldwide. Malaysia has 5 genera and about 33 species. 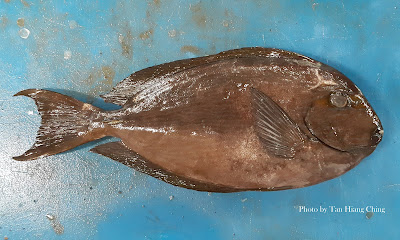 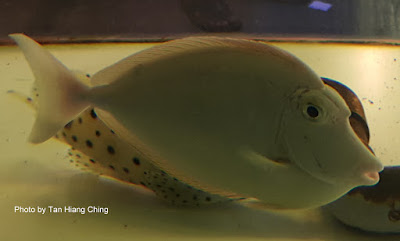