Members of the Scombridae are found in the tropical and subtropical seas around the world. There are 15 genera and 54 species worldwide. All of them are excellent food fishes. Many are of commercial importance and good sports fishes. Scientifically the family is divided into 2 subfamilies. The subfamily Scombrinae consist of 53 species and Gasterochismatinae consist of only one species. However, in general they can be divided according to their shape and behavior into 3 groups; Spanish mackerels, mackerels, and tunas.

Tunas are streamlined fishes, stout in the middle and then tapering to points at both ends. They are known fast swimmers and mostly found near the surface of coastal waters. They frequently occur in small schools and most of them are migratory fishes following a yearly cycle. They are carnivorous, feeding commonly on other schooling fishes, crustaceans and squids. 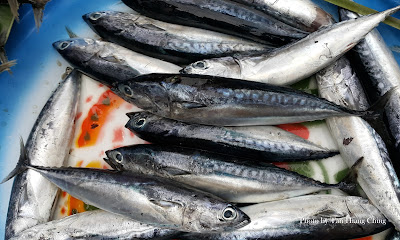 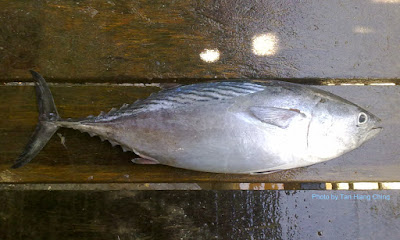 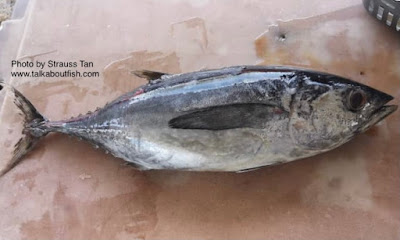