Northeast Monsoon season is characterized by constant winds that blow from the northeast. It is associated with the development of the Siberian High which is a massive collection of cold dry air on the Eurasian terrain and the movement of the heating maxima from the Northern Hemisphere to the Southern Hemisphere. Northeasterly winds flow down Southeast Asia with wind speed reaching as high as 30 to 40 km/hr. 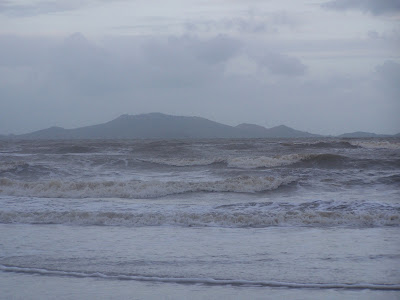 Rough sea in Northeast Monsoon season even after sheltered by the Seribuat Island.

During the season, the states in the east coast of Peninsular Malaysia, coastal areas of Sarawak and Sabah will experience episodes of heavy rain continually for a total of two to three days due to monsoon surges. In the case of extreme weather, the whole episode of heavy rain can last for three to eight days, and may cause flood. However, there are usually several days of good weather that is either with no rain or little rain that occur between the heavy rainfall episodes.

The northeast monsoon causes most of the Peninsular Malaysia east coast fishermen not able to continue fishing. Many fishermen will start to face with monetary issues and turn to the middleman for loan. The fisherman in Tanjung Leman is a little luckier because their fishing area is located behind the Seribuat islands. There are some days that strong wind and thunderstorm will disrupt their fishing routine but they will still be able to fish during the season. 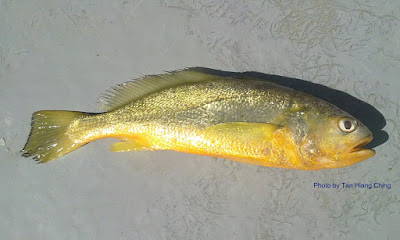 Yellow Croaker or Gelama Mas in Malay usually only caught during the Northeast Monsoon season.

The monsoon season also changes the species of fish caught by the fishermen in the east coast. During the beginning of the season, fish species from the mackerel and threadfin families will be abundant. The highly sought after Yellow Croaker that is gold in colour is one of the species that can only be found during Northeast Monsoon. Spiny lobster will also moves in nearer to shore and become abundant. Grouper on another hand will become scarce as they move further out into the sea.

Southwest Monsoon season in Peninsular Malaysia is characterized by winds that blow from the southwest starting from late May to September. It is associated with the rise of temperature in the Asian continent and the temperature drop in the southern hemisphere. In the southern hemisphere the wind blows from Southeast direction and changes direction to southwest as it passes the equator. This effect is called the Coriolis Effect which is caused by the rotation of the earth. 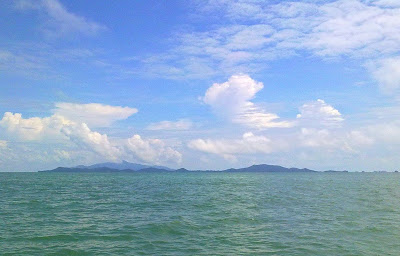 Calm sea during the Southwest Monsoon in the east coast of Peninsular Malaysia.

Sumatra Squalls or Ribut Sumatra in Malay are thunderstorms which usually occur from April to May and from September to October each year during the inter-monsoon periods. These squalls develop at night over Sumatra or the Straits of Malacca and move east toward Peninsular Malaysia usually during dawn and early morning. Squall is characterized by sudden onset of strong gusty winds of up to 100 km/hour and heavy rain to the southwestern part of Peninsular Malaysia especially the state of Selangor to Johor.

Sea breezes are also common especially during the inter-monsoon and southwest monsoon season. These winds are formed as a result of temperature differences between land and sea. In the day, land gets heated rapidly by the sun while sea surface temperature increases less rapidly. When hot air rises over the land, cool air just above the sea moves inland to fill the void and circulates back to sea higher above. Sea breezes and opposing light constant winds can sometimes initiate thunderstorm that usually align with the coastline.

Waterspout is rare in Peninsular Malaysia but if it happens usually will be in the inter-monsoon periods. Waterspout occurs during intense weather condition associated with thunderstorm and often being mistaken as tornado due to the similar appearance. Unlike tornado that can occur over both land and sea, waterspout only forms over the sea. It usually dissipates on reaching the coast. 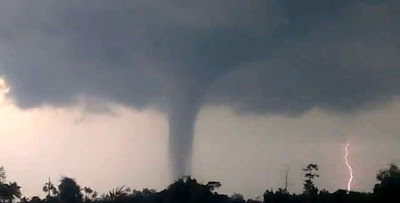 From April onward, the east coast of Peninsular Malaysia will start to calm down. Fish species from grouper, snapper, wrasse and sweetlips families will move closer to the shore. Good time for fishing will be back for anglers until October. 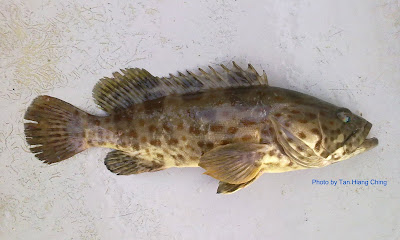 Grouper is abundant in Tanjung Leman during the Southwest Monsoon.